Staff and Students of the University of Benin today, May 3rd, trooped to 3rd cemetery in Benin-city, Edo state to pay their final respect to James Odibo, who drowned in River Benue during the closing ceremony of the just concluded Nigeria Universities Games (NUGA), where he represented his school.


Among those who were at the ceremony were members of the school management, led by the Dean of Student; Prof. O.B Osadolor, University PRO; Mr. A.O Michael, University Director of Sports; Dr. (Mrs) Egbase and members of the Students’ Union Government, led by the President; Hon (Miss) Obakpolo Lauretta.
Also present were family members of the late James Odibo, men of the Man O’ War, Chaplain of All Saints Chapel; Ven. Rev. (Dr.) Maku.
In his speech, the Vice-chancellor of the University, Prof. F.F.O Orumwense (who was represented by the Dean of Student) said: “In the late James, Uniben has lost a patriot”. He described the incident as unfortunate and prayed God Almighty to give the bereaved, fortitude to bear the loss.
On his part, the PRO of the University; Mr. A.O Michael described the late James as a promising young man, while urging friends and family of the deceased to find solace in Christ Jesus as death is inevitable.
In a sermon titled: “Let Not Your Heart Be Troubled”, Ven. Rev. (Dr.) Maku of the All Saints Chapel, Uniben, urged every Christian to live a good life and accept the doctrines of Christ Jesus in their daily lives.
Tears flowed freely when Rev. Maku revealed that the late James had earlier been invited for a competition in Japan after his performance at NUGA, an event he won’t be able to participate due to this tragic event. He further stated that James, being a hardworking man, had plans to sit for another JAMB to pursue his dream course. In his final remark, the Reverend urged Christians to emulate Christ, while citing that James, though a Christian, was said to have re-dedicated his life to Christ two weeks ago as if he knew what was going to happen.
Earlier, there was a lying-in-state at the Uniben main auditorium where all present filed past the body of the late James to say their final goodbye. The venue of the exercise was filled to its capacity. 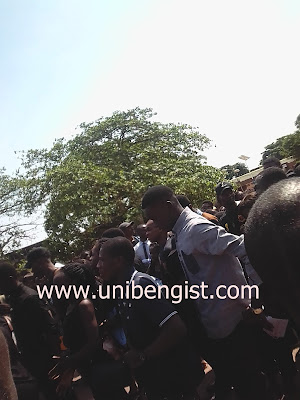 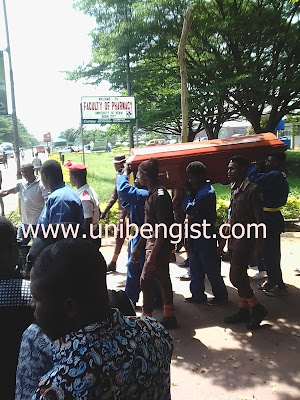 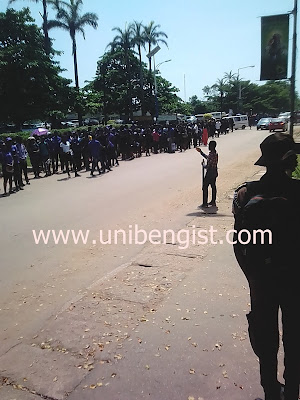 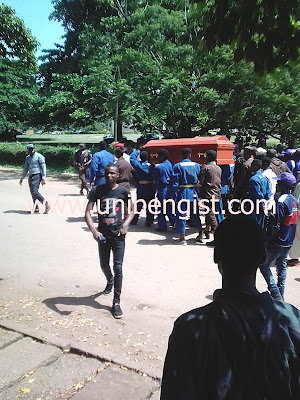 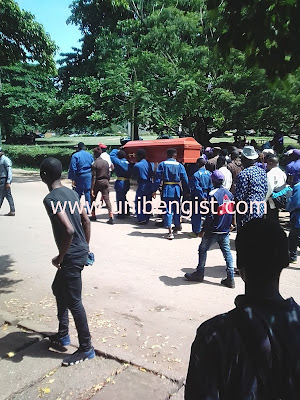 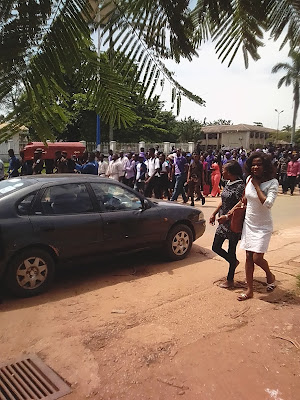 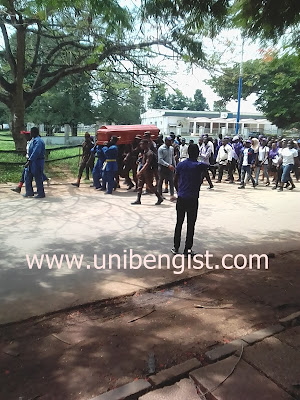 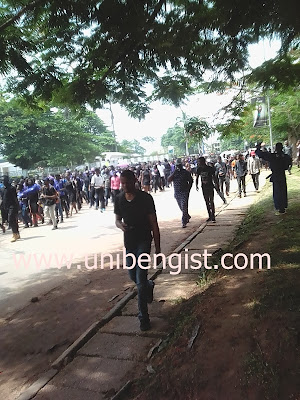 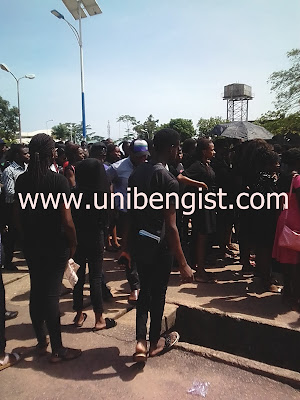 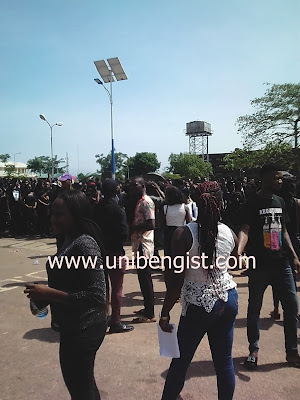 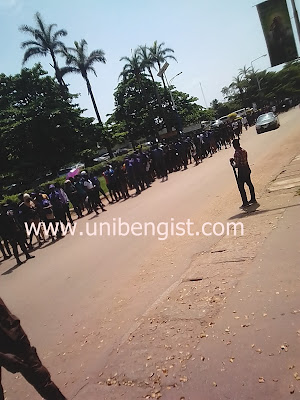 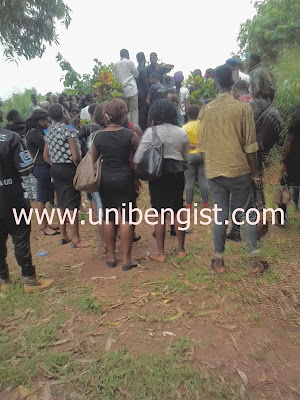 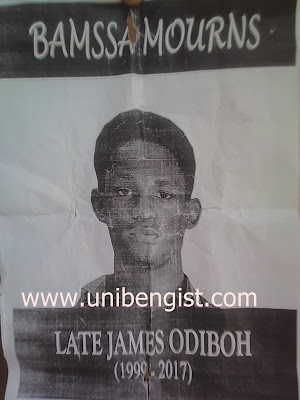