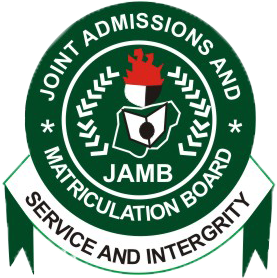 The Joint Admissions and Matriculation Board has announced the release of its guidelines for the 2016 admissions’ process.


The method, described as the point system option, was adopted after an extensive one-week meeting JAMB had with universities and other tertiary institutions’ administrators  in the country.

According to the guidelines contained in a statement placed on its website on Monday night, JAMB said that the modalities were going to be based on point system.

While explaining how the admission process would work for Unified Tertiary Matriculation Examination candidates and direct entry students, the organisation stated that universities were going to charge fees for screening of candidates at the end of the process for admission.

According to JAMB, the new method uses a point system to offer provisional admission to candidates.

“Before a candidate can be considered for screening, he/she must have been offered a provisional admission by JAMB. The JAMB admission checker portal is going to be opened soon for this process, so praying is all you can do now,” JAMB said.

The second process, it said, was the point system where admission would depend on the point tally of the candidate.

The statement said, “JAMB’s provisional admission no longer makes much sense this year, your points tally will decide your faith. The points are evenly spread out between your O’ Level and JAMB results to provide a level-playing field for all.

The organisation added that the “next point grades fell into the O’ Level grades where each grade would have it equivalent point;  A=6 marks, B=4 marks, C=3 marks, so the better the candidates’  grades, the better his or her  chances of securing admission this year.

Giving a breakdown, JAMB explained that each category would contain five JAMB results per point added.

JAMB added that the point system for direct entry would be released soon.

JAMB stated that fees would still be charged for screening which would replace the Post UTME test.

JAMB also emphasised that catchment and educationally less-developed state would still be used for admission into the nation’s tertiary institutions.

JAMB said, “Merit contains 45 per cent of the total candidates for a particular course, Catchment contains 35 per cent and ELDS and staff lists contains the rest. Cut off marks will be released by the institutions this year in the form of points and not marks.