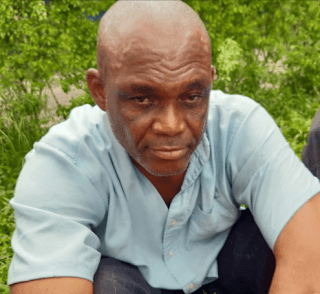 The police in Benin, Edo State, have arrested a retiree, Mr. Michael Oshodin, for allegedly duping employment seekers into the University of Benin (UNIBEN) N1.2 million.

The 59-year-old suspect who was a former staff of Stores and Supply Department of University of Benin Teaching Hospital (UBTH), was paraded at the Edo State Police Command on Friday for duping unsuspecting employment seekers.

He was alleged to have collected huge sums of money from over 25 persons whom he promised to help secure employment at UNIBEN.

Speaking with journalists at the Edo Police Command headquarters in Benin, the suspect said he was contracted by one Christy Ikeke Oni, a staff of UNIBEN, in the Department of Theatre Art, to recruit employment seekers into the institution.

He, however, said that the said Christy suddenly died two months ago after he had given her all the money he collected from his victims.

“The people have been begging me to help them find job and I decided to help them when opportunity came. I gave Christy all the money I collected from them.

“She [Christy] died two months ago. That was why this problem came up.

“I was walking inside UNIBEN when one of the victims saw me and raised the alarm. I gave the deceased’s UNIBEN staff N1.2 million. I already told them I will pay them back, but I need little time,” he said.

Among those paraded by the police were 12 kidnap suspects, 36 armed robbery suspects and 94 cultists.

Source: PMNEWS
Posted by Ejini Emmanuel at 12:11:00
Email ThisBlogThis!Share to TwitterShare to FacebookShare to Pinterest