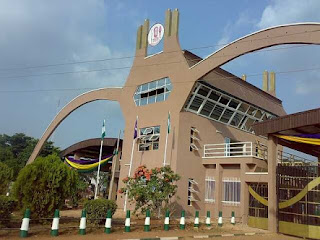 to it, that the current issues on campus are addressed.

He stated that the cable carrying current to UNIBEN was vandalised, that's why we have not been having light supply from the Benin Electicity Distribution company,  but  the Director of Works is currently handling the problem .

He also stated that diseal would be made available to power the generator to pump water consistently. But, as regards light on campus, it would be rationalized. This means that it won't be consistent as usual and it might probably take turns in various Halls of Residence. On this note, the Students' Union objected by stating that our students cannot resume with the state of things on campus until all these issues are resolved.

Furthermore, As regards resumption, every student are to remain at home till further update from the Students' Union , as it was clearly stated by the Union that we (UNIBEN students) cannot resume untill certain things are put in place , and current issues on campus are addressed.

The Students' Union  is very much concerned and have been  laying complaints about the state of the school which goes beyond the light and water issues we are currently facing. We are concerned about the grasses on campus--- the places now turned to  waste sites---  the insecurity,  amongst others , and these are to be looked into before we ( UNIBEN students)  resume.

New resumption date would be communicated to the general public, as students are encouraged to work hand in hand with the Union, to ensure our needs as UNIBEN students are met .

Lastly,  the Students' Union outrightly advise individuals who are bent on condemning and sabotaging the efforts of the union for reasons best known to them, to turn from such acts .

GODWIN ONYEKACHI OKAFOR
The Public Relations Officer of the Students Union
08139098896
Posted by Ejini Emmanuel at 14:11:00
Email ThisBlogThis!Share to TwitterShare to FacebookShare to Pinterest