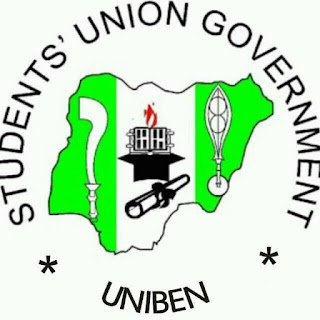 Five members of the University of Benin Students’ Union Government have been suspended from office indefinitely over
alleged “gross misconduct” and “negligence”, CAMPUS GIST reports.

Their suspension came on Saturday, April 20 at the first sitting of the Parliamentary arm since their inauguration in August, 2018.

The suspended members of executive are to return all union properties in their possession and vacate their offices until the committee set up to investigate their alleged crimes conclude their investigation.

Posted by Ejini Emmanuel at 11:08:00
Email ThisBlogThis!Share to TwitterShare to FacebookShare to Pinterest