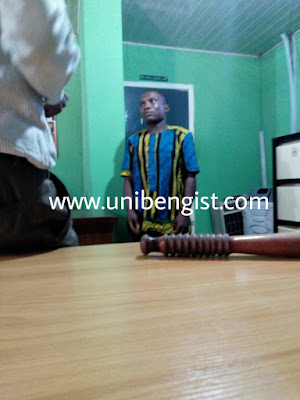 The man pictured above goes around deceiving students that he is a pastor in a bid to extorting money from them. He
sometimes convince his victims into believing that God instructed him to marry them in order for their problems to be solved.

His latest victim (names withheld) told Uniben Gist exclusively that the "Man of God" (as he called himself) approached her on a fateful evening around Ekosodin demanding to have some few minutes conversation with her.

She said: "At first, I was afraid because of the location and that time of the day".

The "Man of God" went on to say that she was marked for death and the only thing that could save her was for her to fast and pray. Thereafter, a special prayer session will be conducted to deliver her from the shackles of death.

"Immediately I heard those words, fear gripped me. Out of curiosity I stopped to listen to this "Man of God".

"I became so scared that he took advantage of the situation. He requested for my number of which I objected to and requested for his instead, with a promise to call him later that evening. Thereafter, he instructed I fast for three days for the "Spirits of Death" to be broken.

"I cried and fasted for three days as requested. During this period, I could neither read nor write. Fortunately for me, a friend of mine who noticed my sudden change approached me demanding to know what was wrong with me. I reluctantly told her everything after which she told me how she was also duped by this same "Man of God" sometime ago.

"I believed her and so I explained everything that has happened to my boyfriend and he agreed we play along.

"So, on the third day, my boyfriend and I went to Faculty of Social Sciences. I called the "Man of God" informing him of my presence of which he asked if I was alone or with someone. I decided to play smart and told him I was alone. Immediately, he came towards were I was. On citing that the so called "Man of God" was now with me, my boyfriend came and confronted him about his advances towards me. Shockingly, he denied ever knowing me or proposing to me. He quickly credited the claims as "mere allegations".

"Seeing that he proved stubborn, we quickly mobilized and took him to the Security Office and thereafter to the Crime Office where he was later detained after much questioning".

Investigations by Uniben Gist later revealed that his real name is Bright Edgebe and was never a Pastor as he claimed.

Be rest assured that Uniben Gist will bring you more details of this gist as the story unfolds. 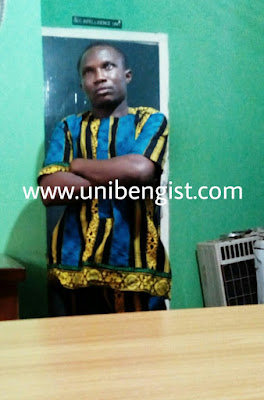 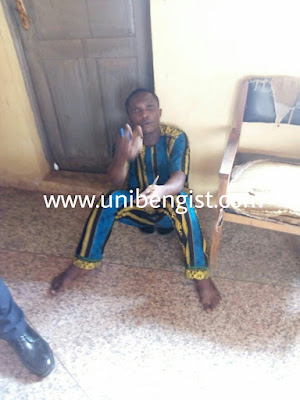 End Note: (Advice) ...Even the Bible recognizes that fake Prophets shall rise in the last days. We admonish everyone to be on the lookout for this "fake Ministers" of God. We also want to use the medium to advice all Uniben students to always be careful of strange faces. Be mindful of where you go to alone and always tell your loved ones of your whereabouts anytime, any day.

What are you thoughts???

Join us on our social media platforms

Posted by Ejini Emmanuel at 21:39:00
Email ThisBlogThis!Share to TwitterShare to FacebookShare to Pinterest
Labels: news