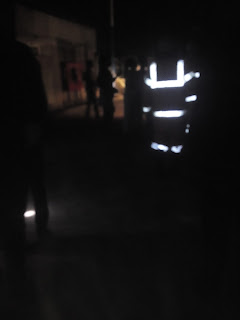 There was a fire outbreak in one of the blocks in hall 1 at about 5am.
Causes of the fire is yet unknown. The Man O' war team were on ground as the assisted the girls in putting off the fire. The fire service which was called actually came but they were late as the students was able to put out the fire. Though, no serious injury but A girl has been rushed to the health center. Presently, there is total blackout in hall 1(no light).

More details about this news will come up later. Stay tuned..