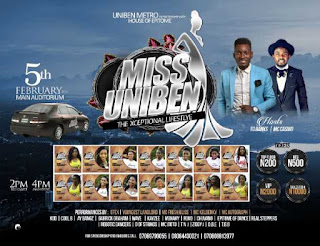 The Miss Uniben 2016 which occurred yesterday at the University of Benin Main Auditorium was a massive HIT.
The auditorium was packed full with dignitaries from all works of life and students who were all present to see who will take home the crown, #150,000 And a brand new official car. Members present was the Dean of Students UNIVERSITY OF BENIN in person of Prof. Osaigede, also the University of Benin PRO, Local Government chairman, Chief Solomon Iyabosa Edeberi (Guest of Honor) and lots more . TG Banks and Mc Casino was on the MIC. The event witnessed a lot of performances from performing arts and also from all the contestants. At the end of it all the winner was announced from the top 5. The winner of Miss Uniben 2016 is Miss AWARIN NICHOLE from the Department of Optometry. A big congrats to her and her department.
She won a cash price of #150,000 and a brand new official car which would last for her tenure as the Miss Uniben 2016. A big shout out to the Organizers of this Great event UNIBEN METRO in conjunction with HOUSE OF EPITOME. The event was a huge success. Shout out to Chuvano the project manager of Miss Uniben 2016, he did a great Job. See more photos below. 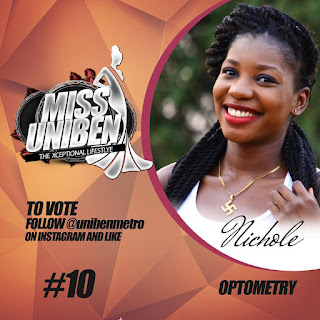 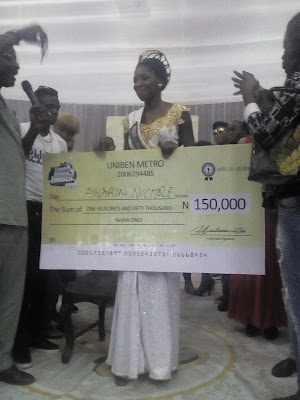 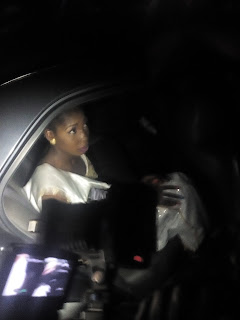 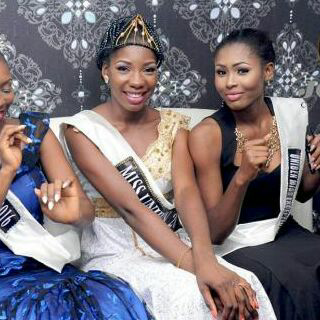 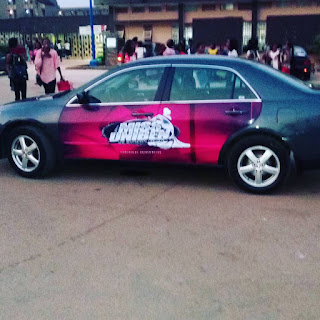 Posted by Ejini Emmanuel at 18:56:00
Email ThisBlogThis!Share to TwitterShare to FacebookShare to Pinterest