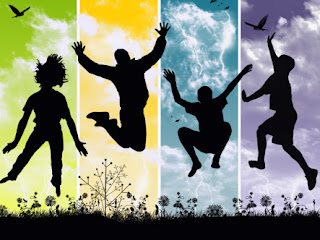 Many are ignorant of the many dangers of “campus marriage” common among students in Nigeria’s higher institutions. So many a destiny have been cut in their prime due to what has gradually assumed a culture among undergraduates.


In campus parlance, campus marriage is simply an immoral cohabitation involving two individuals of the opposite sex living together usually under the same abode, sharing everything in common. They eat and sometimes study together in classes and even have sexual relationship without being legally pronounced married.
This illicit act had overtimes increased the high rate of immorality particularly on campus among Nigerian students in tertiary institutions which never always lead to legal marriage. It has always ended at right at the school gate.
Apparently, majority of culprits have no tangible reasons for engaging in this immoral act. Although, having interviewed many especially the female students, they said it’s a smart way to deal with the challenge of lack of accommodation. Some have argued that they chose to be close to each other for better intimacy whereas for others, the reasons are clearly bogus. Interestingly, some categorically said their reason for cohabitation is hinged on meeting selfish emotional needs. For this category of students, cohabitation is a sure-fire way to experience the complete pleasure and excitement of living together.
Irrespective of how far they go in validating their practice, one cannot deny the fact that it portends more harm than good for the couple. Checks have shown that those involved in the act have had to battle with the demands of academics, sometimes resulting in untold failure.  Cases of unwanted pregnancies are also rife, further fuelling the lack of concentration common among many students today.  There are even far more menacing dangers. There is the story of a married female student in one of the Nigeria’s higher institutions, who had extra-marital affair with a student. One day, the husband visited unannounced only to catch both love birds in the act. This prompted the husband to stab the lady to death. There are many other gory narratives of this shade.
As seen in the lives of most practitioners, campus marriage affects a student’s academic performance which often leads to eventual withdrawal when such students can no longer meet the standards set by the school. Expectedly, female students are the worst hit due to the possibility of unwanted pregnancy. Cases abound of not only how this has stunted the career growth of many females, but also the associated risk of death when abortion becomes the last resort to save their faces.
Again, this act is considered illegal by law and immoral by both Christians and Muslim faithfuls. Marriage is said to be a legal union between two individuals of opposite sex – a man and a woman – recognised and authenticated by any formal institution, be it the Church, Mosque or law courts. It is plainly foolhardy to put up with a man who has not paid the bride price, much less solemnise a relationship. Female students who still fall into this ditch deserve to be blamed for the calamity that stands in their way.
However, it is better that students desist from engaging in cohabitation of this manner. It’s a trap that has shattered the dreams and aspirations of many young people. It never guarantees a successful marriage either.

Posted by Ejini Emmanuel at 01:35:00
Email ThisBlogThis!Share to TwitterShare to FacebookShare to Pinterest

After ten years of marriage, my husband left me with our two kids. I felt like my life was over, and it was falling apart. Beyond my control I contacted DR BLESSING the said best spell caster on earth.with ancient powers and after I explained to her what my problems were, she suggested a marriage spell. In just few days, my husband came back to us. We solved our issues, and we are even happier than we were before. Thank you Dr blessing you can contact her with relationship problems at !! drblessingherbalhealinghome@gmail.com

Jamb Official”]This Is a Very Important
Information to all jambites who scored below
180. From our database, we found out that
there was a massive failure this year, so due
to this problem we are helping some students
in upgrading their jamb result, so therefore If
you are Interested in upgrading your Jamb
result, call office on 08132795805 Mr bello

How I Got My Ex Husband Back........... I am Elena by name. Greetings to every one that is reading this testimony. I have been rejected by my husband after three(3) years of marriage just because another woman had a spell on him and he left me and the kid to suffer. one day when i was reading through the web, i saw a post on how this spell caster on this address salvationlovespell@gmail.com , have help a woman to get back her husband and i gave him a reply to his address and he told me that a woman had a spell on my husband and he told me that he will help me and after 2 days that i will have my husband back. i believed him and today i am glad to let you all know that this spell caster have the power to bring lovers back. because i am now happy with my husband. Thanks for Dr. Paul . His email: salvationlovespell@gmail.com or whatsApp him +2349051441669

i want to use this medium to testify of how i got back my ex husband after divorce, i and my husband have been married for 8 years with 2 kids, we have been a happy family. Last year his behavior towards me and the kids changed, i suspected he was meeting another woman outside out marriage, any time i confronted him, he threatened to divorce me, i did all i could to make hings right but all to no avail until i saw a post on a "love and relationship forum" about a spell caster who helps people to cast spell on marriage and relationship issues, when i contacted this spell caster via email, he helped me cast a re-union spell and my husband changed and came apologizing to me and the kids. Contact this great spell caster for your relationship or marriage issues via this email: or Whats App him on +2349065398067 Good luck

I am here to give my testimony about Dr KUTA who helped me.. i want to inform the public how i was cured from (HERPES SIMPLEX VIRUS) by salami, i visited different hospital but they gave me list of drugs like Famvir, Zovirax, and Valtrex which is very expensive to treat the symptoms and never cured me. I was browsing through the Internet searching for remedy on HERPES and i saw comment of people talking about how DrKUTA cured them. when i contacted him he gave me hope and send a Herbal medicine to me that i took for just 2 weeks and it seriously worked for me, my HERPES result came out negative. I am so happy as i am sharing this testimony. My advice to you all who thinks that there is no cure for herpes that is Not true just contact him and get cure from Dr kuta healing herbal cure of all kinds of sickness you may have like
(1) CANCER,
(2) DIABETES,
(3) HIV&AIDS,
(4) URINARY TRACT INFECTION,
(5) CANCER,
(6) IMPOTENCE,
(7) BARENESS/INFERTILITY
(8) DIARRHEA
(9) ASTHMA
(10)SIMPLEX HERPES AND GENITAL
(11)COLD SORE
(12)GET YOU EX BACK
(13) penins enlargement
HERPES. he also cure my friend from cervical cancer Email: drkutaherbalcenter@gmail.com or whatsapp him on +2347054547814