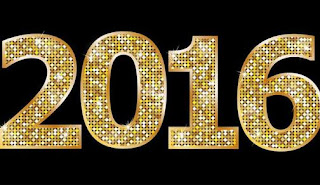 This is a sponsored post. Read belo
For some persons the year 2015 to them was a remarkable one. They made tremendous progress and had a smooth sailing while for others it was
just on the average -neither bad nor good, to some they didn’t meet up to their expectation(s).
They probably made plans at the beginning of the
year 2015 but along the line they could not continue as the year went by.

But now, a new year has begun, would you still want to remain at the average level? or do you have plans to improve on what you started 2015?

What you begin now and continue to improve on will determine how well you will go this year and the level of success you will record by the end of
this year. It’s not all about been in a hurry to start something but the ability to continue to the end that counts.

In the Book of Genesis, it was recorded that God made the heavens and the earth, the first chapter of the Book of Genesis accounts for the creation
of the heavens and the earth (see Genesis 1:1-31). Before God made man, He made sure everything was in proper order and ready for man to enjoy and take care of and also to have
smooth sailing. He provided everything Adam will need before he arrived on the scene.
What lessons can we draw from that? This is the genesis of 2016, in order to live a fulfilled life
through the year 2016, you have to prepare the way for it to happen. Make room for your expectations to be manifested, create a foundation upon which your progress can stand.
Hold firmly to the word that God has spoken concerning you in this year.

God has already prepare the year 2016 for us even before we came into it (Ephesians 2: 10) . What makes this year
special to me are the words God has spoken to me.
That’s why most times God gives a word to usher us into what He has prepared for us in that year.
He gives us a word that we can run with and hold on to, when we are faced with challenges, the word we have received serves as an encouragement and an assurance that God has
provided a way out already even before the problem occured.

Don’t be one of the many persons who are so enthusiastic about starting something, especially at the beginning of the year but as time goes by,
it is either they loose interest or they have become too busy pursuing other things. They beome tired of continuing.
A lady was telling me of recent of her plans to win more souls for God this year and to be more dedicated to God. This is a good thing to do. But this can only be done accept through the help of the Holy Spirit and discipline. Because the year has not started in full and activities has not begin to call on them, it is easier to say I will do this and that, but when activities begin, you will see
those persons dragging themselves to even fulfill bit of what they intend doing.

Don’t be quick to make a decisions now, take proper time to look into the decision you are about to take and consider several factors that
could make that decision a success or failure and then you can choose whether to do it or not. But
know this that God has an opinion concerning what you are thinking of doing. It is advisable
that you seek God’s opinion before taking any action.
For those who had a rough year 2015, don’t lose faith yet. Hold on to the Word.

Just like what the Book of Genesis 1:2 says “the earth was without form and void and darkness was upon the face of
the deep…” God did not consider the
circumstances as an hindrance to acheive what
He aleardy had in mind to do. What did he do? He spoke the Word!
So, it doesn’t matter if 2015 had been a year of darkness, without form and void, or whatever it is that you might have passed through. This is what
you should do in your genesis of 2016 – speak the word! Put your faith to work.

Let all that proceed out of your mouth be positive. Don’t allow the situation of last year weigh you down, don’t loose your joy to the circumstances
around but rather speak to that circumstances
and believe things are changing for better this
year 2016.

Connect with moses eromose on
Twitter @moses4data
Posted by Ejini Emmanuel at 09:22:00
Email ThisBlogThis!Share to TwitterShare to FacebookShare to Pinterest